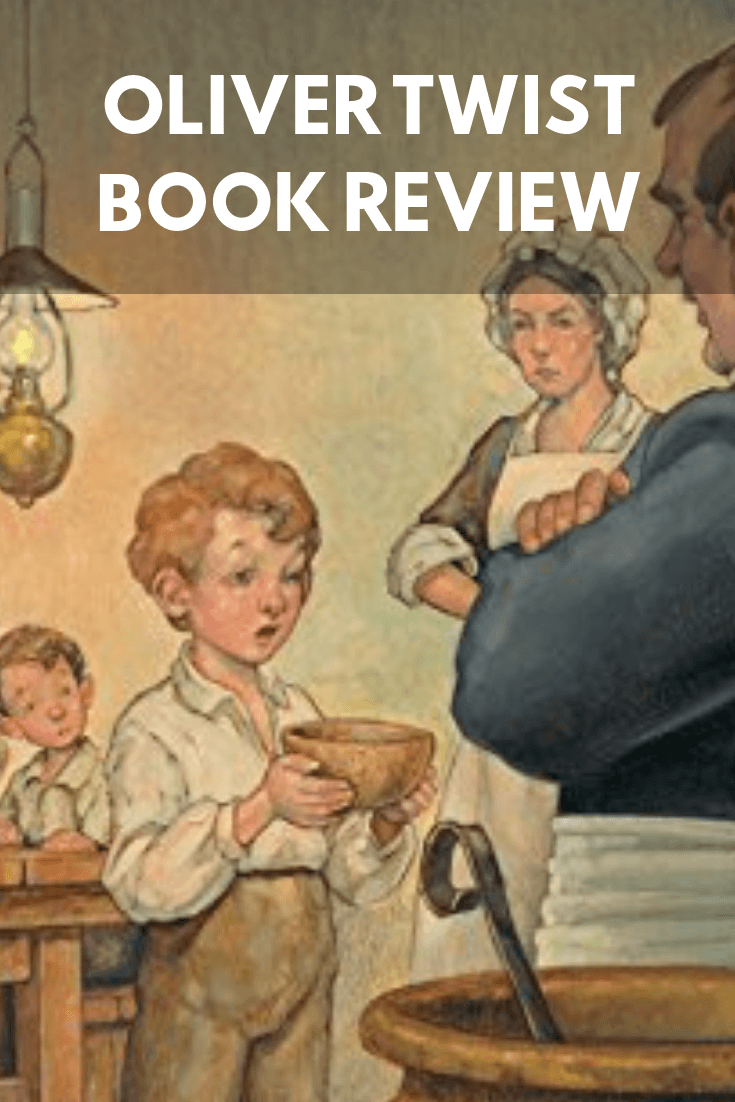 Oliver Twist is a book written by the massively talented Charles Dickens back in the late 1830s and still remains one of the most famous books till date. With the Phrase “Oliver Twist” becoming a metaphor to describe someone who shows lack of disrespect or is someone who requests more than what was given to them. The book focuses on an orphan who went through a lot of hardship following his mother’s death at childbirth and the mysterious absence of his father. He is forced to go through a lot of challenges and has lots of experience that a boy of his age, personality, and character shouldn’t have to go through. In the end, after everything he faces, the main character (Oliver Twist) ultimately finds light at the end of tunnel and lives the rest of his life as a happy and well taken care of lad. Let’s dive into my book review of Oliver Twist by Charles Dickens and go on the rough and almost unbearable journey through life with Young Oliver.

Young Oliver Twist was brought into the world, and is immediately touched down on earth, lady luck took one look at him and wished him hardship and suffering. His father disappeared under mysterious circumstances and his mother died after giving birth to him thus making him an orphan at birth and forced to be raised with fellow orphans in an orphanage.

At the age of nine, Oliver was taken to a workhouse where he toiled for hours with little food. Although it didn’t take long before he was sent off to go work for Mr Sowerberry, an undertaker. He then built up the courage to request for more food than originally given with the famous words, “Please sir, I want some more.”

Oliver’s troubles seem to continue as Mrs Sowerberry loathed, maltreated, and underfed him whenever Mr Sowerberry wasn’t around. One day, Oliver got in a fight with the much bigger Noah Claypole, his fellow apprentice after he (Noah) insulted Oliver’s mother, but Mrs Sowerberry intervened and helped Noah beat Oliver. Oliver would later be beaten by Mr Sowerberry after being told lies and asked to do so by his wife.

Once it was day break, Oliver snuck out and ran away on foot to London to look for a better life. This is the point that marks the growth and maturity in Oliver as he realises how people are wicked and how they shouldn’t be trusted.

When he was approaching London, Oliver encountered two boys, the Artful Dodger and Charley Bates. Now, as one who has been through a whole lot of hardship, you would expect Oliver to be more sceptical about forming relationships with people, but our hero was easily swayed by the free meal dodger offered him and the promises of being provided a place to rest rent free by an old gentleman in London. In fairness, anyone in Oliver’s shoes would have fallen for the sweet words spoken by dodger.

The generous old gentleman turned out to be Fagin, a notorious criminal who picked young boys up from the streets and turned them to pickpockets. While with them, Oliver believed they all made an honest living making handkerchiefs and wallets till he went on a ‘handkerchief making’ adventure with Dodger and Bates. Things hit the fan when Dodger and Bates stole the handkerchief of a suspecting gentleman who caught the obviously confused Oliver after his pals already fled the scene.

Mr Brownlow, the gentleman whose handkerchief was stolen later took in Oliver Twist after finding out the boy has a good and innocent heart, and showered him with the love he has lacked all his life. However, like all great movies and books, the twist is introduced, the story takes a U-turn and our hero is kidnapped by Fagin and his bands and his cohorts.

In the end, the mystery surrounding Oliver’s life was uncovered and it was revealed that he has a whole lot of inheritance that Fagin and his cohorts were trying to steal. Justice was served to each and every one of them and Oliver Twist lived his life happily ever after.

Overall, the book is a lovely read and it has a lot of teachings. It covers the way orphans are mistreated in orphanages, it also prepares people and teaches them not to expect kindness from everyone they meet as there are some really terrible people out there in the real world. The only thing off putting about the book is the fact that Oliver didn’t seem to learn from all his experiences and for all the courage he showed when he requested for more food, he never really stood up for himself in the face of oppression.

You can get a copy of Oliver Twist from Amazon.

Alice Yoon
Alice Yoon is an educator who has experience in dealing with kids. Being a Certified Early Childhood Development professional, she writes books and content about kids. She is a member of “paper writers” community which helps students with their college work.
https://ewritingservice.com/book-writing-services.html

6 Developmental Benefits of Crafting and Beading for Children