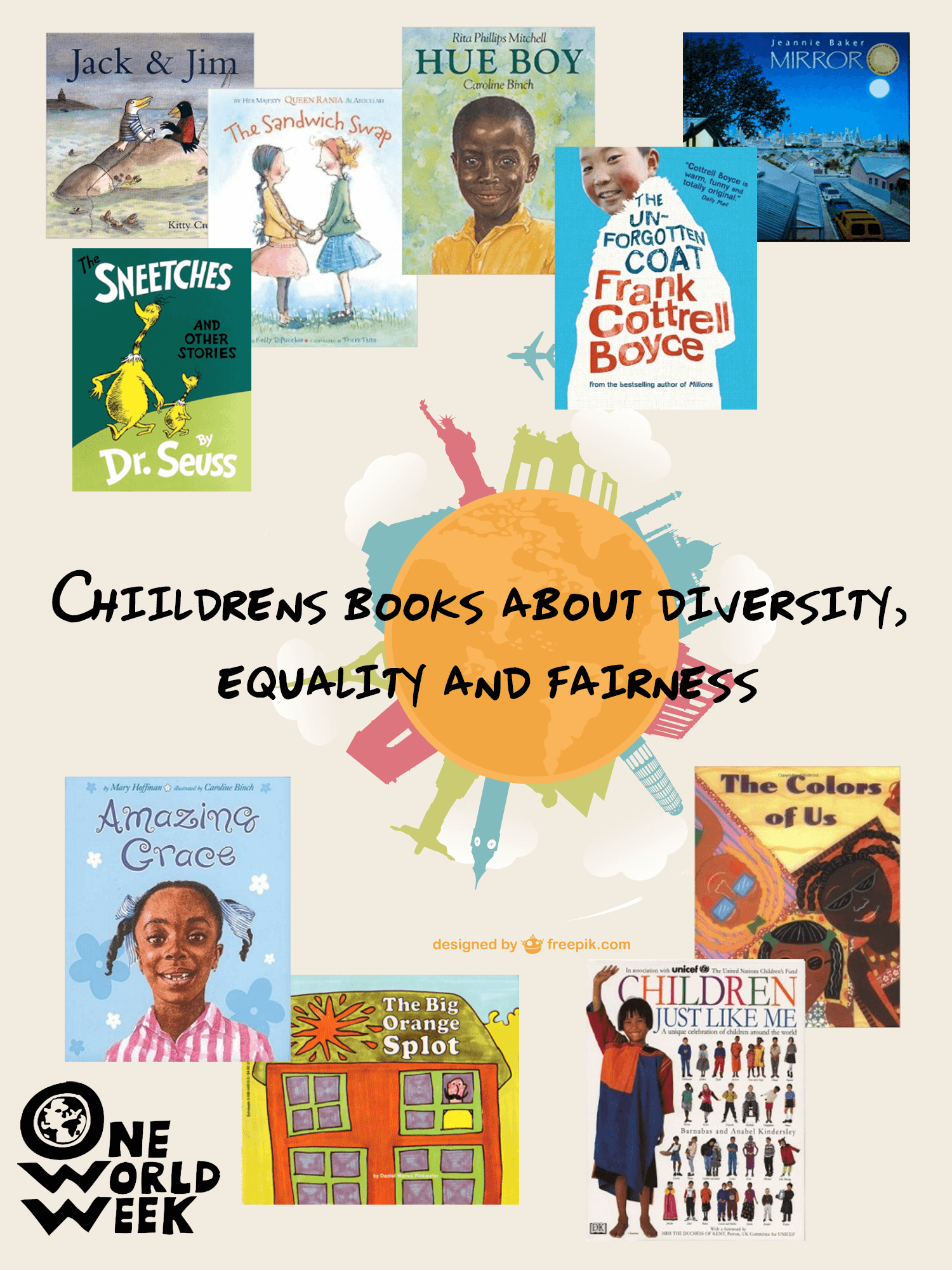 It’s ‘One world week’ (18th Oct – 25th Oct) and I have created a list of children’s books about diversity. These books will  teach kids to accept the differences of others and understand the cultural diversity in the world.

Heart-warming story of a black bird named Jack and a Seagull named Jim and how Jack manages to win the friendship of the seagulls despite his differences. All the seagulls make fun of Jack because of how he looks, but soon they find out that Jack has a unique talent that they don’t have – The ability to read funny stories. This talent allows Jack and the seagulls to become good friends. 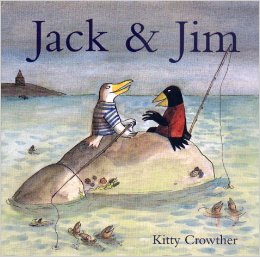 2. The Sandwich Swap by Her Majesty Queen Rania Al Abdullah and Kelly DiPuccho:

Two best friends Lily and Salma have a falling out because they don’t understand each other’s taste in food. But they soon understand that friendship is not about having the same taste in food, but about deeper feelings inside and trusting each other. The whole event makes their friendship stronger and makes them aware of the cultural differences in the world. 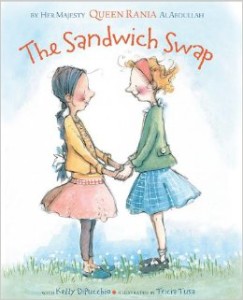 Hue boy is very small – He is the smallest in his class and amongst all his friends. No matter how much his mother gives him to eat or how much he plays, he doesn’t grow at all. But when his dad comes to visit from working overseas and makes him feel comfortable about his size, Hue boy starts to grow. The reason for his growth is because he stops worrying about what other think and gains confidence in himself – Demonstrating that being proud of who you are can make a huge positive difference on your life! 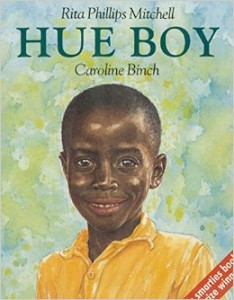 Mirror is an innovative picture book that can be read simultaneously, from the left and right. It tells two stories of two boys, one from Sydney, Australia and the other from Morocco and shows how their lives are connected. The reader can really see the differences in their lives, such as from the desert landscapes to the motorways through the realistic and detailed illustrations. We soon see a connection in their lives through the journey of a homemade Moroccan carpet into the Australian boy’s home. The story ends by showing the family in Sydney enjoying their new purchase together while the Moroccan family are surfing the internet. 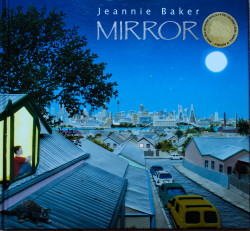 When two Mongolian brothers suddenly appear in Julie’s sixth grade class no one knows how react. Until Chingis, the older brother, proclaims Julie as their “Good Guide”, giving Julie the responsibility of teaching them about English slang, sports, school uniform and also trying to explain the boys behaviour to her class mates. Julie really shows interest in the boy’s lives by understanding their culture outside of school, writing a report on Mongolia, which she shares with her class and getting a glimpse of the fears that Chingis and his family have daily. At times this story is told from an adult’s perspective, making it a good read for both children and grown-ups. 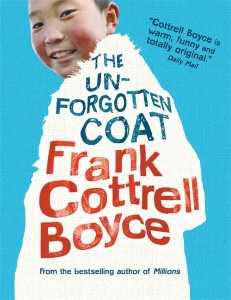 6. The Colors of Us by Karen Katz:

Lena wants to paint a picture of herself, until she wonders to herself why she has a different skin colour from others in her neighbourhood. Lena and her mother go for a walk around their neighbourhood understanding that skin colours can come in many different shades. Throughout the story they compare each person’s skin colour to food such as honey, cinnamon and more, putting diversity into perspective even for younger children. 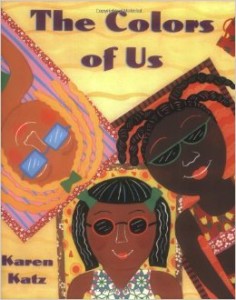 7. The Sneetches and Other Stories by Dr. Suess:

There are two kinds of Sneetches in this tale, ones with green stars on their bellies and ones that are plain. The Sneetches with stars discriminate against the plain ones, by laughing at them and excluding them from their games. Until a mischievous salesman arrives in town offering the plain sneetches the chance to get stars on their bellies for 3 dollars and the star-bellied sneetches to remove their stars for 10 dolllars. Soon the sneetches become confused, not knowing who they are and the salesman leaves town a rich man amused by their behaviour. In the end the Sneetches realise there is no superior race of Sneetches and they all can be friends together! 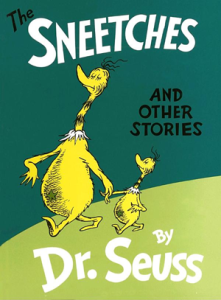 This story is based on a set of interviews conducted around the world with children from different backgrounds, each has hopes and fears, dreams and beliefs. We learn that their cultures are different yet in many ways their daily lives are very similar as are their hopes for the future and their ways of looking at the world. 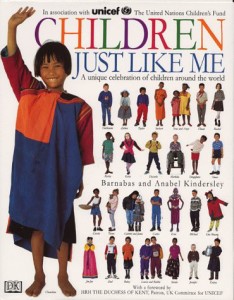 Mr. Plumbean, lives on a street where all the houses look the same, until one day a seagull fly’s over dropping a bucket of orange paint over his roof, making his house bright orange. Instead of painting over the house to make it look like the others, Mr. Plumbean paints the house in a colour that represents his dreams. His neighbours try to convince him to paint his house like theirs, but end-up painting their own houses to represent their dreams also! The key message here is that everyone should be free to live how they want to live and to be free you must not be afraid of following your dreams and being yourself. 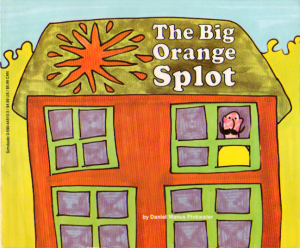 Grace loves reading and acting out stories. She has lots of experience acting out exciting adventures and playing roles. So when her teacher announces that the class will put on “Peter Pan” Grace wants to play the lead. But her classmates tell her she can’t play the role because she’s a girl and because she’s black. Her mother’s and grandmother’s love and support remind her that she can do and be anything, regardless of gender and race. 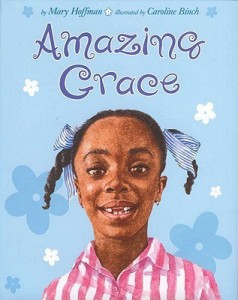 I highly recommend these stories for both children and grown-ups, as they all share an important message of accepting the differences of people, whether these are cultural, gender or appearance based and not letting these differences stop you from making friends or excelling in life.