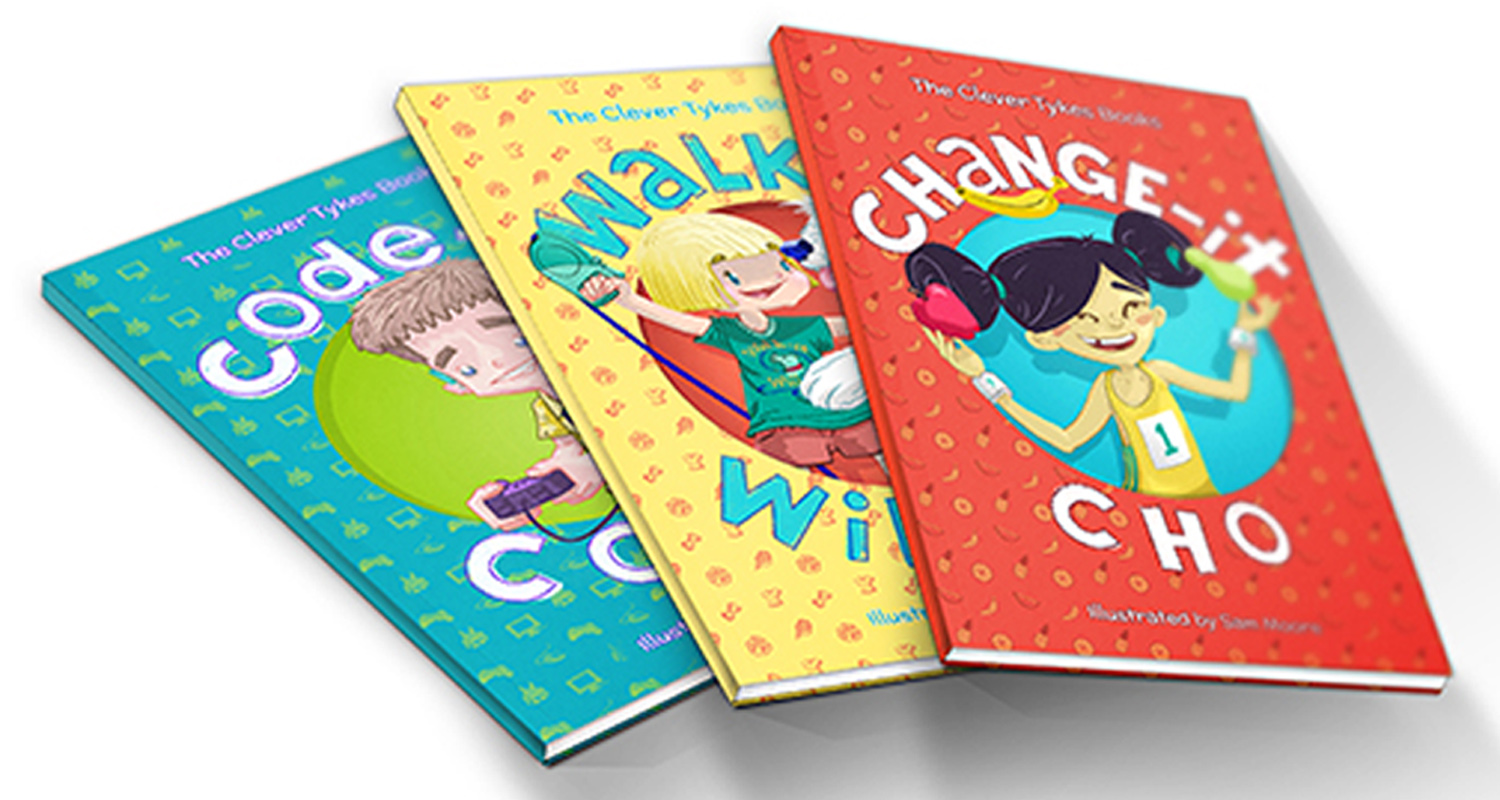 Clever Tykes is a series of storybooks for children aged between 7-9, which introduce important life skills and characteristics through positive entrepreneurial role models.  The storybooks highlight the importance of developing characteristics such as innovation, independence, goal-setting, hard work and resourcefulness in children.

Tell me about yourself and Clever Tykes?

Jodie and I met at secondary school and both went to the University of Sheffield. We married last year and live in Birmingham. Jodie set up her business JC Social Media, a specialist agency, in 2011 and we founded Clever Tykes in 2013. Clever Tykes is a series of storybooks aimed at 7-9 year olds which inspire enterprising behaviour through role models. To date we’ve been included in Lord Young’s national government report “Enterprise for All” as a recommendation for primary schools and we’re stocked in Harrods and Selfridges in London. We’re on a quest to inspire as many children to follow their passions as possible.

What motivated you to start Clever Tykes?

Through working with some great young entrepreneurs, we realised that the majority of them had an entrepreneurial role model when they were younger – usually a parent. It got us thinking about the role models most children have when growing up; they have lots of experience of teachers, doctors, nurses and policemen, for example, and they meet fictional characters like Postman Pat, Fireman Sam and Bob the Builder – all great for those traditional roles. But business people are portrayed more negatively; think Mr Burns from the Simpsons, Ebenezer Scrooge, Harry Wormwood (Matilda’s dodgy car dealer dad) and Lord Business from the Lego Movie. We decided to create our own enterprising role models and the Clever Tykes series was born.

What books inspired you the most when growing up?

Jodie and I are both massive Harry Potter fans, even our wedding had a few ‘nods’ to it! There are some great messages in there and they are fantastic stories. As young adults, the story of J.K. Rowling and her success is also in inspiration.

How do you manage all your personal and business activity?

Everyone has the same 24 hour suitcase – it’s all a matter of how well you pack everything in to it! As a business owner, your business is your life, so we don’t really separate the two too much. We train at the gym most mornings before getting into the office as early as possible. Sometimes we work evenings, others we’ll eat out and get to the cinema. We keep our friends informed of what we’re doing so they can come with us and we do arrange meet ups regularly – because we went to the same high school, we keep in touch with a lot of our old school friends. We try and travel as much as possible; sometimes as working breaks, others as holidays.

What have been some of your failures and how did you manage these?

We don’t really think of things a failures, just successes in a different way to how we imagined, or things that haven’t succeeded yet. You learn from absolutely everything you do so as long as it doesn’t bankrupt you, you should be able to use it help you move forward (and there are countless stories of people who have been bankrupted and then turned things around and still made a success!)

What advice would you give to someone who wants to be an entrepreneur?

It’s all in the mind. If you’re willing to take knocks, keep going when it’s really tough but also be able to adapt and react to challenges, you will progress. The only thing you actually have complete control over is your attitude. You can influence a few things, sure, but the only thing everyone can control is their attitude. You have to develop bulletproof positivity and always look for solutions and see the positive in everything.

Cami Kangaroo Has Too Many Sweets: Interview with Stacy Bauer