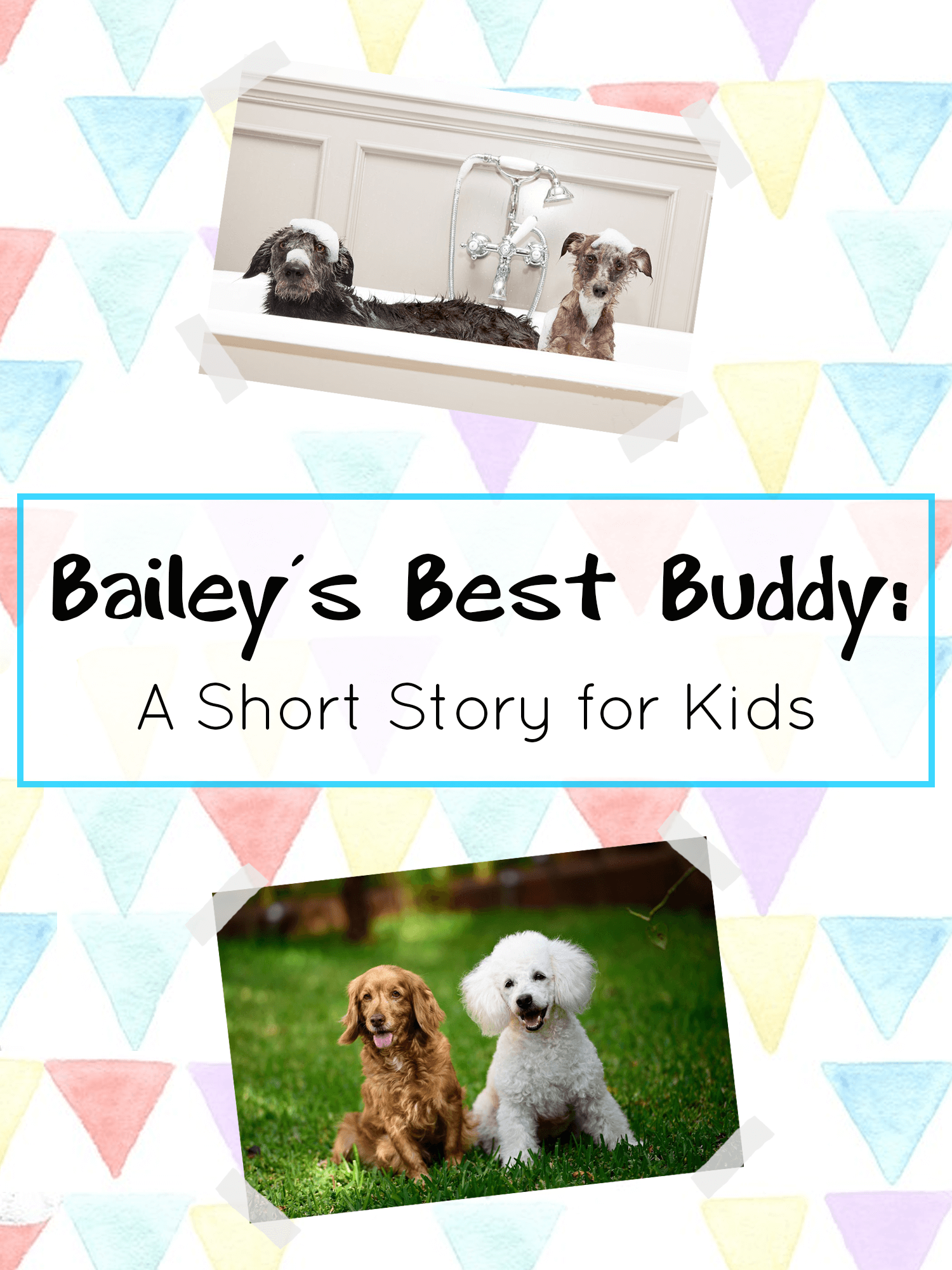 This is the first in the series of short stories written by our amazing guest bloggers. See our guest blogging guidelines to write a short story for us!

The girl’s name was Emily, and she giggled when I wagged my tail at her. Maybe if I kept wagging, she’d get the mean man to unlock the door of my cage and then if I wagged some more, maybe she’d take me home with her. 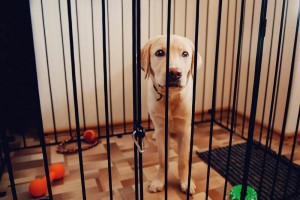 I wagged my tail, be sure to look right into her eyes as she giggled and clutched at her father’s coat sleeve. She tugged, getting his attention. They both peered down at me from beyond the metal bars of my cage.

Her father, in a deep voice, said something to the mean man who said my name “Bailey” and then walked over to my cage door. I tried to be brave as he got closer, but found myself cowering in the back corner. The mean man unlocked the cage door and leaned in, fastening a collar around my neck. He dragged me out of the cage and attached a leash to the collar, handing the end to the father. 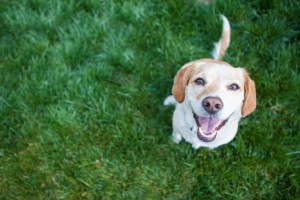 Before I knew it, I was outside. The sun was shining, and I could smell food from somewhere down the road. My mouth watered. I was so hungry- I hoped that the girl, Emily, would give me something to eat. I was loaded into a car, and the car started to move. I watched the shelter disappear behind us.

When we arrived at Emily’s house, I was greeted by the smell of a clean house and another dog. I’m instantly excited- I’ve always wanted a real friend! The dog who came around the corner, though, didn’t seem excited to see me. He was a black poodle, and he scowled at me from behind the father’s legs. 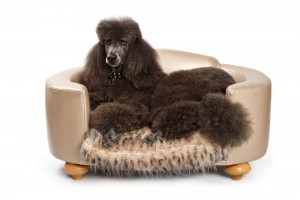 I took a few steps closer and tried to sniff him, to show him that I was friendly and that I was happy to meet him, but he bared his teeth at me. The father said something to the poodle, who I later found out was called Cooper, and he hung his head.

I spent the rest of the day trying to become Cooper’s friend, but quickly realized that he was selfish and didn’t want to be my friend. When we were let outside, Cooper didn’t let me play with any of the squeaky toys that Emily offered us, and then when we were called back inside, he pushed me out of the way. At dinner time, when I was so hungry that I salivated all over the kitchen floor, Cooper stole the last few bites out of my bowl. When Emily came to retrieve our empty bowls, Cooper sat and looked at me with his tail wagging, as if we were good friends- but as soon as she was out of sight, he snarled and turned his back to me. 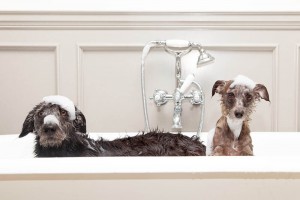 A few days later Emily gave us a bath. She put both of us in the bathtub and covered us in some flowery smelling dog shampoo that made big bubbles. She washed me first, and when she went to lift me from the tub, Cooper bit my tail. I yelped, and Emily nearly dropped me back into the tub, scolding me for jumping around as she dried me off with a towel.

I was tired, and I had decided to leave Cooper alone. Until one day we were outside again, I was lying on the back porch in the sun when I heard it- another dog in our yard. It sounded like he was digging through the trash. Carefully, I sneaked around the corner of the house to get a glimpse of the intruder. He was a large dog and was ripping apart the garbage bag that Emily’s father had put outside last night. 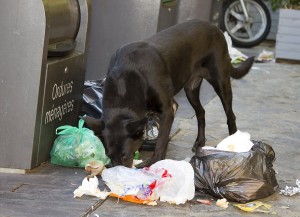 Before I could do anything, Cooper walked up to the dog. The two stared each other down; Cooper growled low in his throat. The dog growled in return, but Cooper didn’t back down. In a second, the large dog was charging towards Cooper.  A second later, he had my new house mate on his back. Without thinking, I sprang from the deck and charged at the large dog. I had to help Cooper.

The dog was caught off guard and Cooper was able to stand. He snarled at the dog, who was now barking and had his ears flattened against his head. Like rockets, Cooper and I jumped at the intruder. I nipped at his back and Cooper grabbed at his heels. The large dog quickly realized that he was losing the fight and turned, leaping over the fence and disappearing down the street behind our house. 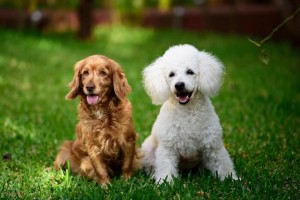 Cooper looked tired from the fight, and I wanted to ask if he was okay, but before I could ask, Cooper pressed his nose against my eye to say thank you. I nudged my face against him to tell him that it wasn’t any trouble. Surprisingly, when I picked up a chew toy, Cooper took the other end in his mouth. We played tug of war, and after that, Cooper became my best friend. I never gave up and when the moment was right I knew we would be best buddies!

What do you think this ‘dog-terrific’ story? Have you ever became best friends with someone who was being difficult at first? Share your thoughts in the comments below.

For more short stories and poems for kids see our Story Saturday section.

Emma Engel
Emma is the founder of HelloCutePup. As the owner of 3 dogs, Emma has had the pleasure of learning the ins and outs to becoming a pet owner. With years of experience working on training, at-home dog health care, and aesthetic maintenance, she has the real-world experience that every pet owner is looking for. She is an avid blogger who enjoys giving realistic tips and tricks to help dog owners understand their pet’s personalities and to help pets easily become a part of the family.
http://hellocutepup.com/

The Dragon Master: A Short Story for Kids

10 Garden Games You Must Play With Your Kids